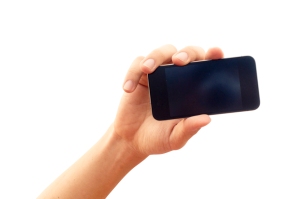 Last April, a Canadian woman named Stacey Yepes experienced stroke symptoms, but by the time she made it to the hospital her symptoms were gone. Because her physicians could not find any signs of stroke, they believed that she was displaying symptoms of stress and released her home. A few days later, she had a similar attack and used her phone to tape herself during an episode in which she suffered from facial drooping and slurred speech. The video helped her doctors diagnose her with TIA (transient ischemic attack).

In many cases of diseases with transitory symptoms, physicians are unable to diagnose patients and opportunities for early treatments are missed. In the case of TIA, it is especially important to establish an early diagnosis and provide treatment to prevent the progression of symptoms and permanent loss of brain tissue. TIA can lead to blood clotting in the brain, but early administration of thrombolytic medication can prevent clotting and brain damage. Because of the transitory nature of TIA symptoms, some hospitals offer stroke telemedical consultations to enhance diagnosis of and establish early eligibility for thrombolytic medication. By using video connections, they establish a correct diagnosis in 96% of cases, as compared with only 83% of cases in which symptoms are only reported by phone.