Venous gas embolism (VGE), or bubbles, in divers postdive indicates that their decompression was too fast, their bodies became supersaturated and free gas emerged from solution in tissues. The occurrence of free gas is considered a necessary condition for decompression sickness (DCS), which can happen even without VGE. However, the presence of VGE increases the number and types of possible harms to the body and thus the probability of DCS.

A number of studies indicate variability in proneness to DCS among divers; however, the question of whether divers who have suffered DCS produce bubbles more readily in general has not been answered yet. To answer this question, researchers would need to identify “bubblers” and “nonbubblers” and observe the outcomes of their dives over some period of time, which would require a lot of resources and time.
END_OF_DOCUMENT_TOKEN_TO_BE_REPLACED 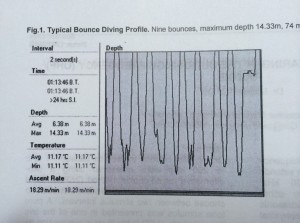 While vacationing in Croatia, I heard a story about a diver who fits the description of people I sometimes call “robo-divers.” The story’s hero is a famous Croatian sponge diver, with whom I share an acquaintance. My friend, who is one of his teammates, described this robo-diver’s practice, which is similar to previously described empirical dive practices of other local sponge divers: Reportedly, he does four descents per day to extreme depths, after each of which he ascends very slowly without decompression stops. After the last dive of the day, he quickly takes his boat to shallow waters (within approximately 10 minutes) and descends for about two hours of decompression, split between stops at nine, six and three meters (30, 20 and 10 feet).

I don’t know about his decompression sickness history, but I do know that he is 64 years old now, and the fact that he has survived this long following those types of dive practices make me think of him more as a robot than as a man of flesh and bone. At very least, it is unlikely that this diver has a PFO.

END_OF_DOCUMENT_TOKEN_TO_BE_REPLACED 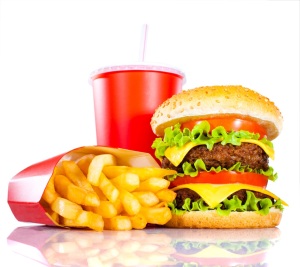 Obesity has been long considered a risk factor for decompression sickness (DCS). It has been based on findings in animal studies and epidemiological data in military diving. There was no data to confirm the same effects of obesity on incidence of DCS in recreational diving; however, there were some studies indicating a positive correlation between body mass index (BMI) and likelihood of venous gas emboli (circulating gas bubbles) after dive.

In a recent paper, Kaczerska D, et al. The influence of high-fat diets on the occurrence of decompression stress after air dives. UHM 2013;40(6):487-497, intended to test possible effects of high fat intake on risk of DCS.