The question about possible damages to the brain in breath-hold (BH) diving has been around for a long time. While the average people may hold their breath at rest (static apnea) for less than two minutes, trained BH divers easily double that time and elite BH divers can triple that to over six minutes. The top BH athletes regularly exceed 8 minutes and are close to ten. The world record in static apnea time without breathing oxygen in 2014 was set by Serbian Branko Petrovic at 11 minutes and 54 seconds. By now that record too has been exceeded. The superior performance of elite BH athletes could be attributed to their inherited biophysical characteristics, and some metabolic enhancement induced by training, but above all with the ability to postpone the break-through of apnea and sustain profound hypoxia. Inevitably, the longer the apnea lasts the worse hypoxia becomes, and it does affect the brain. The loss of motor control and consciousness during static BH competitions occurs at rates of 9.6% and 1.1% respectively. Negative acute effects of hypoxia on brain functions have been documented at high altitude in mountain climbers and in pilots. Studies of chronic effects of hypoxia in BH divers were less conclusive. Some previous psychometric studies did not find chronic effects that could be correlated to the years of practicing or to the number of negative neurological events. However, other studies using brain imaging and biochemical markers in elite BH divers have shown brain function abnormalities. 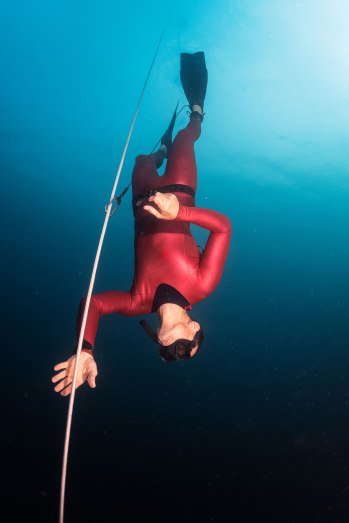 The paper provides a review of previous testing and findings and it appears that positive findings of this study reflect the longer static BH times of EBHD group in comparison to BH divers studied previously. It appears that extreme apnea comes at price as it would be expected.

The conclusion of this study is that elite divers who practice for years are at risk of short-term memory impairment.