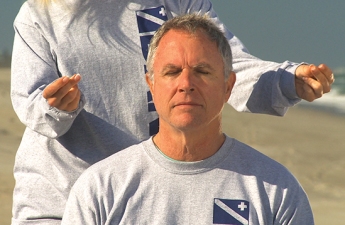 The theoretical calculations of nitrogen saturation and desaturation during repeated breath-hold dives have shown that some dive patterns can create conditions for DCS. Extension of the surface interval between the two breath-hold dives appears to prevent neurological symptoms. For some experts, this supports the opinion that taravana is caused by DCS. Others suggest that the protective effect of the longer surface interval supports their hypothesis that taravana is caused by hypoxia alone.

Attempts to demonstrate circulating gas bubbles (venous gas emboli, VGE) in breath-hold divers were unsuccessful for many years. Recently, Koshi K, et al.1 used precordial Doppler to monitor for circulating bubbles postdive in 12 professional Ama divers. In one diver they found VGE Spencer grade I, meaning that they detected one or few bubbles over 10 cardiac cycles. The diver who was positive for bubbles did not have any symptoms, but four other divers in the group experienced transient neurological symptoms without positive bubble findings. While the circulating bubbles in breath-hold divers seem elusive, another group of Japanese authors provided different evidence for DCS in breath-hold divers (Matsuo R, et al.2). They reported a case of a Japanese breath-hold diver (Ama), who presented neurological disorders after repeatedly diving 25-30 meters deep for 6 hours. He experienced dizziness and an unsteady gait. Neurological examination showed objective findings corresponding to his symptoms. The patient underwent a head CT, which revealed gas bubbles in the left parietal lobe of the brain. He was diagnosed as having neurological decompression illness and treated with hyperbaric oxygen therapy. In a CT scan that was repeated three days after onset, gas bubbles disappeared and low-density areas were observed in where they were before. Tests for pulmonary barotrauma and intracardiac shunt were negative. The authors concluded that microbubbles that cause decompression injury to the brain were the culprit in this case.

Effects of Diving on the Brain

Could Breath-Hold Diving after Scuba Cause Decompression Sickness?